Why do you have to be a dick about everything? CCISD Trustee Scott Bowen (Again) 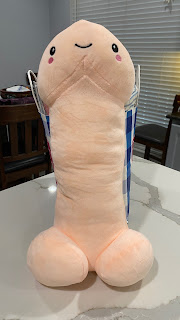 NOTE: IT SHOULD BE OBVIOUS BY NOW. I DO NOT LIKE SCOTT BOWEN. He is at it again. This is who he is.

Remember when CCISD Trustee thought it was funny to play cough on a woman who was wearing a mask during a board meeting? He was swiftly called out for it and sort of apologized at the next board meeting with the typical “If I offended anyone….” crap. Here is a recap:

In a recent forum Bowen had to be a dick again by referencing a former board member claiming (incorrectly) that the board member neglected the community. The previous board member, who was not part of the forum, had served 4 terms. She was re-elected to an at large position 4 times and served honorably. She had no opportunity to defend her record. It was a nothing but a cheap shot.

Bowen barely won that district after spending a record amount of money backed by the Republican Party. Bowen brought his politics into the board meetings. He has encouraged the extreme far right to attend meeting and make outrageous claims including the racist dog whistle, CRT. He has caused considerable disruption to the the board and to our education system in CCISD. He hasn’t neglected the community.

He has abused the community.

This entry was posted on Wednesday, April 20th, 2022 at 12:27 pm and is filed under Uncategorized. You can follow any responses to this entry through the RSS 2.0 feed. You can leave a response, or trackback from your own site.