Jeff Larson is a CCISD Trustee and was talking with a Facebook group called The Trailer Park Show. He was describing the election of 2019 with a coalition of “conservatives” running together. He starts at 31:45 describing the election. It runs for a couple of minutes until he freezes out and picks up again at 38:46. Larson barely won while Parizo lost by 25 percentage points at 38:46 he begins to discuss the night Parizo was escorted out of the meeting. It is entertaining. It ends at 46:25. 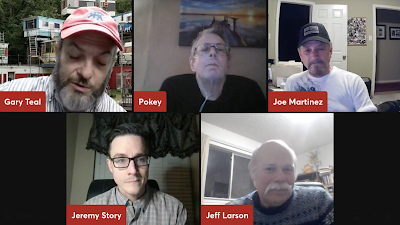 This entry was posted on Thursday, April 21st, 2022 at 12:30 pm and is filed under Uncategorized. You can follow any responses to this entry through the RSS 2.0 feed. You can leave a response, or trackback from your own site.