It's time to treat your guns like your dick. 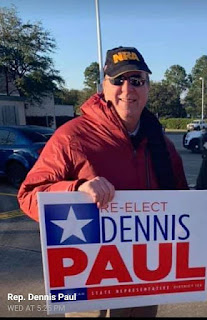 I’ve said this before after the last mass shooting.

Where in the flying fuck is the so called “responsible gun owners” in Texas? These cowards sat quietly while their elected officials passed open carry and then permit less carry allowing anyone, ANYONE, to carry a gun in public. Even a cartel member, a drug dealer, a GI Joe wannabe, or even a felon, can walk around in the public carrying a loaded assault weapon and the police cannot ask if they have a permit to carry or if they are even allowed to have a gun. Under Texas law the police have no rights to question a gun owner and any rights to protecting themselves from a gun nut with a gun.

So where in the flying fuck are you fucked up, chicken shit, conservatives? Years ago true conservatives believed in treating your gun like your dick:

What is next for gun ownership? What other laws will these chicken shit conservatives let the legislature pass while they sit quietly in their corner? Let 18 year olds open carry in school just in case someone comes into school with a gun? How about open carry inside the Texas Capital?
True conservatives need to quit jacking off and start speaking up.

This entry was posted on Tuesday, May 17th, 2022 at 12:41 pm and is filed under Uncategorized. You can follow any responses to this entry through the RSS 2.0 feed. You can leave a response, or trackback from your own site.