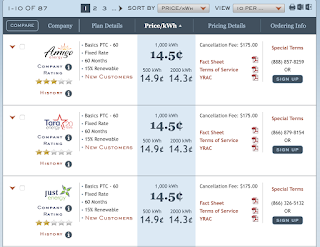 Many years ago we were in line to get a hot dog at a summer event when someone told a dad that his son had forgotten to get the hot dog to go with his bun. The dad looked at his son and said “What are you? Stupid?”. It was a pretty shitty thing to say to your own son or to anyone for that matter but it is a question I have since asked many times. Today might be an appropriate time.

Back in 1996 California was the first state to deregulate their electricity grid supported by the lobbying efforts of Ken Lay and Enron. A few years later under the republican controlled Legislature with the same guidance from Kenny, Texas followed California’s stupidity and deregulated most of Texas. East Texas stopped deregulation in their area after years of promises of deregulation to lower rates. East Texas did not lose power in the Feb 2021 freeze but everyone else did.

Besides letting the free market create complicated plans that resulted in costing more money instead of less, the Legislature has now allowed companies to tax us in order to pay for the electricity grid upgrades that should have been paid for as part of deregulation. Looking at the PowerToChoose website the results of deregulation and republican rule is pretty clear. The lowest price is 14.5 cents/kWh. Prior to deregulation Houstonians were paying just under 8 cents. They had long term contracts. They had the option to average billing, paying one price every month. They had reliable energy. Texas was #4 in electricity deregulation. We are now #32.

So look at us now. Rates now range from 14.5 cents to 26.4 cents/kWh. Couple that with exploding home prices, home insurance out the roof, and higher property taxes, and Greg Abbott has accomplished the Californication of Texas. So I need to ask the question:

This entry was posted on Wednesday, May 18th, 2022 at 12:16 pm and is filed under Uncategorized. You can follow any responses to this entry through the RSS 2.0 feed. You can leave a response, or trackback from your own site.