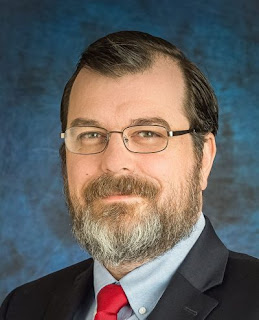 “It’s like a nightmare isn’t it? It just keeps getting worse and worse. Doesn’t it?” –The Color of Money

The Final Order from the Texas Ethics Commission can be found here.

After the 2019 Houston City Council elections I filed an ethics complaint against City Council candidate Eric Dick. My complaint was fairly simple. He failed to put a “Political ad paid for by….” disclaimer on a mail piece he sent out and he failed to identify who he was paying money to. Usually a complaint like this will end in a settlement with a small fine and with no admission of guilt along with a promise to not do it again. According to the final order issued by the Texas Ethics Commission I couldn’t have been more wrong….

The mailer in question looked as if prominent Black elected officials had endorsed a slate of candidates, including Dick. It was created by the Harris County Black Democratic News an organization that was also caught up in this scheme and eventually fined $6000. Unfortunately it is not against the law to publish a deceiving endorsement so that issue was not considered by the Ethics Commission.

So after a couple of years of investigation and a preliminary and formal hearing, Dick was fined $30,000 and was referred to the State Bar. (Dick is an attorney) This fine was the 2nd highest fine accessed by the Commission, second to the fine of $75,000 against Harris County Commissioner Jerry Eversole. The Final Order sheds more light on the entire process and went far beyond what I had expected. From the order:

I seriously thought this was going to end like most complaints I have filed, a slap on the wrist, a small fine, and an agreement to not do it again. Thanks to the efforts by the Texas Ethics Commission staff this resulted in a serious fine as well as a referral to the State Bar for disciplinary action.
I get the feeling this nightmare isn’t over.

This entry was posted on Friday, May 20th, 2022 at 12:23 pm and is filed under Uncategorized. You can follow any responses to this entry through the RSS 2.0 feed. You can leave a response, or trackback from your own site.