Andrew White came and took it. From Greg Abbott

So much for the macho man Abbott. After the Sante Fe Shooting, Andrew White, candidate for Governor, tweeted a picture of Abbott’s raffle of a shotgun for his campaign.

If nominated on May 22, I won’t have to give away shotguns to get people to vote for me.

Can you believe this? pic.twitter.com/WzQ4jzNUzi

Abbott has since canceled the raffle and will instead give a $250 gift card. From Politico:

“I find this giveaway deeply disturbing for a number of reasons, chiefly among them the fact that Friday’s shooting at Santa Fe HS was carried out with a shotgun,” Jack Kappelman, a student organizer of Austin’s March For Our Lives affiliate, wrote in an email to POLITICO.

So White came. And he took it. 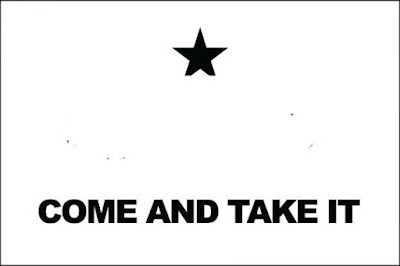 This entry was posted on Monday, May 21st, 2018 at 11:18 pm and is filed under Uncategorized. You can follow any responses to this entry through the RSS 2.0 feed. You can leave a response, or trackback from your own site.