Why do you have to be a dick about everything? Louie Gohmert 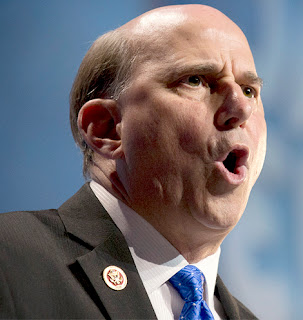 I’ve always wanted to start a new series called “Why do you have to be a dick about everything?” dedicated to the elected officials who just act like a bag of dicks. Examples are Texas Agriculture Commissioner Sid Miller, Donald Trump, and former Congressman Steve Stockman. There are many more but today is dedicated to Texas Congressman Louie Gohmert.

Gohmert embarrassed himself, Congress, and his district once again during the hearing of FBI agent Strzok. Just like a dick, Gohmert made a very personal attack on Strzok during the hearing causing an uproar in the chamber with one Congresswoman yelling “Are you off your meds?”. You can watch his dickness on CNN.

In Gohmert’s defense, no he is not off his meds. That is who Gohmert is. He is a dick. He acts like a dick. That is Louie Gohmert. A dick. This isn’t the first time Gohmert has been a dick about everything. He claimed Mexicans were coming across the border to give birth to “Terror Babies”, American citizens who would return 18 years later as a terrorist. He actually wrote a letter to the FBI requesting an investigation into the “Muslim Brotherhood” and President Obama. He nominated Trump for a Nobel Peace Prize for his photo op with Kim Jung Un.

Gohmert represents Texas Congressional District 1 home to Tyler Texas. His constituents must like dicks since he easily wins each election. Instead of voting for him they should be asking Gohmert “Why do you have to be a dick about everything?”.

This entry was posted on Friday, July 13th, 2018 at 11:53 am and is filed under Uncategorized. You can follow any responses to this entry through the RSS 2.0 feed. You can leave a response, or trackback from your own site.