Why do you have to be a dick about everything: Tx Agriculture Commissioner Sid Miller 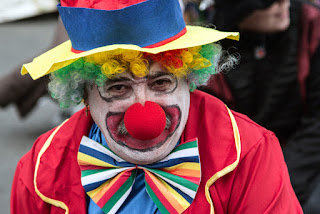 As the Houston Chronicle pointed out Texas Agriculture Commissioner Sid Miller, once again, used social media for a racist attack on an African American. From the Chronicle:

AUSTIN — Texas Agriculture Commissioner Sid Miller liked a comment on his Facebook page that called for getting “a rope” to handle his Democratic opponent, Kim Olson, and an African-American U.S. Senator in an apparent reference to lynching.

Yes. Lynching and this is not Sid Miller’s first rodeo. As you may remember Miller was criticized for calling Secretary Clinton the C word back in 2016. Calling a woman the C word usually results in getting fired, removed from office, or your ass kicked. Miller later issued an apology:

I went on to raise horses and ride in the rodeo. I was considered just an ole, simple minded, Christian, country bumpkin with a hat bigger than my head. Unfortunately this continues to this day resulting in my unfortunate use of the word C*** when referring to a female politician. For this I apologize.

In the future I will work to uphold the laws of the State, the word of the Lord, and the wisdom of family values and will use other words like bitch or whore.

Sid Miller isn’t fit to be a rodeo clown much less an elected official. Instead of tweeting and being a racist on Facebook he should be spending time doing hid damn job. He has become the rodeo clown of the Texas republic party acting like a racist asshole, much like his mentor Donald Trump. For this we have to ask “Why do you have to be a dick about everything?”.

This entry was posted on Tuesday, September 11th, 2018 at 12:42 pm and is filed under Uncategorized. You can follow any responses to this entry through the RSS 2.0 feed. You can leave a response, or trackback from your own site.