Pete Olson comments on the killing of Jamal Khashoggi 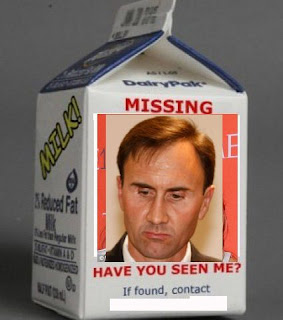 Donald Trump issued a statement claiming the Washington Post journalist Jamal Khashoggi, killed and dismembered by the Saudi government, was actually a terrorist and making money with the Saudis is more important than the life of a journalist. From the White House:

That being said, we may never know all of the facts surrounding the murder of Mr. Jamal Khashoggi. In any case, our relationship is with the Kingdom of Saudi Arabia. They have been a great ally in our very important fight against Iran. The United States intends to remain a steadfast partner of Saudi Arabia to ensure the interests of our country, Israel and all other partners in the region. It is our paramount goal to fully eliminate the threat of terrorism throughout the world!

Olson continued with this:

“I cannot in good faith go against the wishes of President trump because he is our president and he might primary me in my swing district in 2020. Trump scares the living shit out of me and I cannot issue a statement at this time.”

He didn’t really say that, as you know, but he did not issue any statement on Trump’s statement. He is, once again, silent.

This entry was posted on Wednesday, November 21st, 2018 at 12:44 pm and is filed under Uncategorized. You can follow any responses to this entry through the RSS 2.0 feed. You can leave a response, or trackback from your own site.