Medicare for All is not for everyone 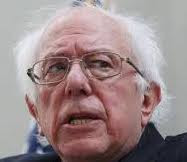 Bernie Sanders (S-VT) has filed Senate Bill 1129 establishing the “Medicare for All” act. This bill has a 0 chance of ever becoming law. Zero. As in Nada. Zero. Zip. It has as much chance of passing as the 912 other bills that he has filed over the last 30 years with only 3 becoming law. It is a Socialist pipe dream.

Sander’s bill has been sent to the Finance Committee and will get a hearing so the republicans can talk about the $32 Trillion price tag and use testimony in ads to attack every Democrat who runs on MCA. It had a hearing in the House with republicans taking to MSNBC to highlight this price tag although the CBO Cost Estimate has not been issued yet. Look for “Socialism” and “Socialized Medicine” to be said over and over and over again even though it is not Socialized Medicine.

There is no doubt that our health care system is the most expensive in the world probably because the insurance companies add 20-30% on top of the cost of care for their salaries and the high cost of services and drugs prices are driven by the insurance companies. It’s a vicious cycle but will Medicare for All or Single Payer, or Universal Health Care solve it? No.

No because Sander’s bill has absolutely no way to become law. He is the last person in Congress along with any other Socialist to be leading the charge on this, including freshman Socialist Alexandria Ocasio Cortez. It’s not only a pipe dream it is a weapon that will be used against us.

The Affordable Care Act barely passed in both chambers and required help from Republicans in the Senate to get it to the floor and eventually passed into law. In the words of Joe Biden “This is a big f****** deal!”. And it was. It was the first major overhaul of our health care system in decades and it required months of hearings and working with both parties something Sanders has not and will not do. His MCA is a legislative pipe dream.

With that, Medicare for All isn’t for everyone. It is for no one.

This entry was posted on Monday, May 6th, 2019 at 11:45 am and is filed under Uncategorized. You can follow any responses to this entry through the RSS 2.0 feed. You can leave a response, or trackback from your own site.