On Father’s Day 24 years later his son, Anthony, took up his fathers crusade running for City Council District C on his Facebook page: 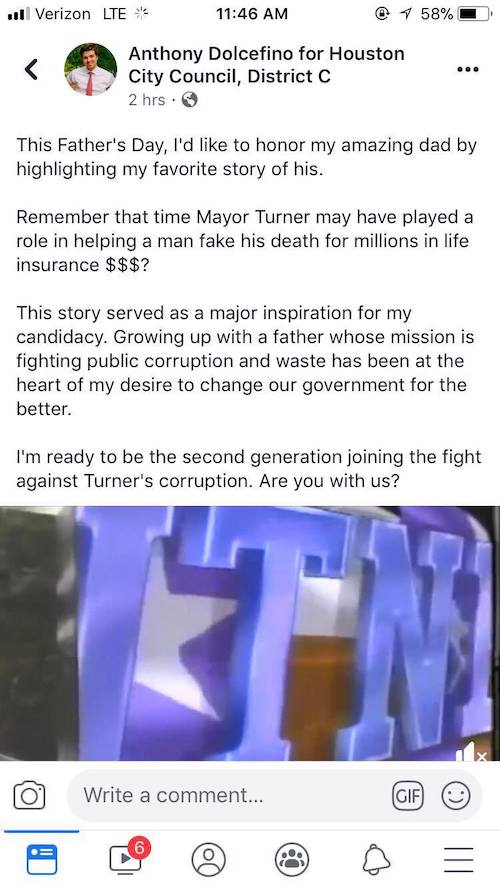 Dolcefino should be running on what he could do for the district and not how he could rekindle a 20 year old allegation and disrupting Houston City Council. I would bet Anthony is a trump supporter. We do not need a trump asshole representing the people of District C, although that is for the voters in District C to decide.
What the hell is going on in Houston to attract Trump like candidates? Tony Buzbee, Ryan Lee, and now Wayne Dolcefino Part II? WTF?

This entry was posted on Monday, June 17th, 2019 at 5:17 pm and is filed under Uncategorized. You can follow any responses to this entry through the RSS 2.0 feed. You can leave a response, or trackback from your own site.