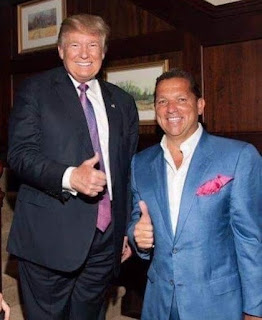 The Houston Professional Fire Fighters Association has endorsed Tony Buzbee for Mayor. From the Houston Chronicle:

“Our firefighters deserve a raise but one that the city can afford,” said Sue Davis, communications director for Turner’s campaign. “Oh, and what happened to not seeking endorsements and not being beholden to anyone?”

As you recall the HPFFA endorsed Dwight Boykins days after he entered the race. Most had expected Buzbee to receive their endorsement even though Buzbee hasn’t sought endorsements from anyone except from Steven Hotze the extreme far right anti-gay community, so called “Christian”. Boykins told the Fire Fighters what they wanted to hear even though he knows the city can not afford the 29% increase they are seeking. Buzbee has promised the same even though he has no clue about what the city can or cannot afford.

So it shouldn’t surprise anyone that Buzbee got the 2nd place participation trophy. He told them what they wanted to hear even though he has absolutely no idea how he would pay for it. The math just doesn’t add up.

Even the Harris County Republican Party has passed on Buzbee’s endorsement. It’s not rocket science folks.

This entry was posted on Friday, November 15th, 2019 at 1:31 pm and is filed under Uncategorized. You can follow any responses to this entry through the RSS 2.0 feed. You can leave a response, or trackback from your own site.