Gary Gates finally buys a seat in the Texas House! 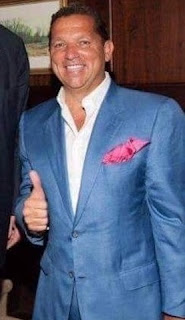 Money Mayes Middleton and Tony Buzbee should be so proud.

Gary Gates put over $1.5 Million of his own money into a special election to win a seat at the table. From a previous post:

Gary Gates is one of those guys who runs for office, over, and over, and over again. He is also very wealthy, wealthy like Texas Representative Money Mayes Middleton, Kathaleen Wall, or Tony Buzbee.

So he finally won with money left over. He did what Tony Buzbee couldn’t do. Next up, Kathleen Walls should spend about $6 million in her attempt to win in CD22.

This entry was posted on Wednesday, January 29th, 2020 at 2:29 pm and is filed under Uncategorized. You can follow any responses to this entry through the RSS 2.0 feed. You can leave a response, or trackback from your own site.