In defense of Sanders. He is not a Democratic Socialist. 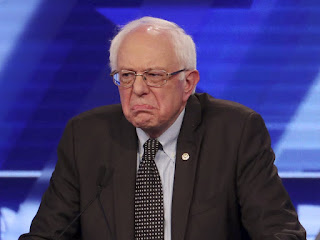 A “democratic socialist” is just like a “conservative republican” or a unicorn. They don’t exist.

In 2016 after losing the primary he quickly reverted back to his socialist party built up by his presidential run. He has funded “Justice Democrats” a socialist organization pushing extreme fair left candidates in the Democratic primaries and losing. As I said before:

The DNC made another mistake in this primary season allowing Sanders and his socialists to invade our party and they are invading here in Harris County too. Audia Jones is one of a couple of socialist candidates running for District Attorney in Harris, Travis, Bexar, and Tarrant County. Her husband is already a sitting Judge. There are others such as the challenger to Henry Cuellar. According to the Texas Tribune:

Justice Democrats, a political committee founded after the 2016 election to reshape the Democratic Party through primary challenges, is working to recruit a challenger to Rep. Henry Cuellar, a seven-term congressman from a strongly Democratic district who’s one of the few anti-abortion-rights voices in the party’s House conference.

So lets give Sanders the credit he is due and addressing him appropriately. Bernie Sanders is an independent socialist running as a Democrat in the Democratic primary. There is no in-between. You are either a Democrat or a socialist. Pick one.

This entry was posted on Tuesday, February 18th, 2020 at 1:10 pm and is filed under Uncategorized. You can follow any responses to this entry through the RSS 2.0 feed. You can leave a response, or trackback from your own site.