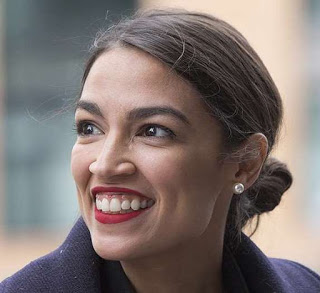 Justice Democrats is a group founded by the far left, socialist, group called The Young Turks. From Wikipedia:

Justice Democrats is an American progressive political action committee founded on January 23, 2017, by Kyle Kulinski of Secular Talk, Cenk Uygur of The Young Turks, and Saikat Chakrabarti and Zack Exley, former leaders from the 2016 Bernie Sanders presidential campaign….The organization formed as a result of the 2016 United States presidential election and has a stated goal of reforming the Democratic Party by running “a unified campaign to replace every corporate-backed member of Congress” and rebuilding the Democratic Party “from scratch” starting in the 2018 congressional midterm elections.[6][7]

Last election they endorsed 80 candidates to take over the Democratic Party. 73 of them lost. 7 won in deep, deep, blue districts. This year based upon their poor performance and lack of winning they are endorsing only 9 candidates, plus the 7 that won last time. From a previous post, “Justice Democrats’ record of losing elections”:

Based upon their lack of success in the 2018 elections, Justice Democrats should be the last group to find a candidate to challenge Cuellar, if a challenge is warranted. Out of 80 candidates endorsed by JD, only 7 won. 2 were incumbents in deep blue districts. 1 was unopposed.  4 were all in very blue districts wiping out their general election opponents. It’s not like they were endorsing in tough competitive states like Texas, although those that did, lost. All of them. One raised over a $1 Million and lost 70-30 in the primary.


That is a huge drop off. Maybe candidates are realizing being associated with socialism is about as popular as herpes at a hot tub party. In Texas Justice Democrats endorsed Jessica Cisneros running against Cuellar. Cuellar should be replaced but with a socialist?

This entry was posted on Sunday, February 23rd, 2020 at 1:30 pm and is filed under Uncategorized. You can follow any responses to this entry through the RSS 2.0 feed. You can leave a response, or trackback from your own site.