Primary Runoff. The Good. The Bad. The Ugly 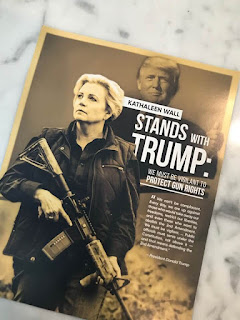 The primary runoff was delayed from May to July because of the COVID crisis. Greg Abbott wanted the virus to be completely out of control before he let us vote. He did a fine job with over 10,000 new COVID cases on Election Day.

The Good
MJ Hegar won the primary for Uniteds States Senate and will face John COVID Cornyn. MJ is different. She is exciting. She is a combat veteran. She took the same oath that John Cornyn took but unlike Cornyn, I believe she would honor that oath. Senator Royce West was close behind MJ. He also would have been a great nominee.

Chrysta Castenada is our nominee for Railroad Commissioner. Chrysta is an excellent candidate for the position.

The Bad
Democrats lost big with a win by Tamika Craft for the 14th Court of Appeals. Tamika was endorsed by one Democratic organization. She refused to be screened for other endorsements unlike her opponent who was very well qualified and should have been our nominee. If you are really concerned about the 14th Court of Appeals you might want to skip this race.

The Ugly
Kathaleen Wall spent $7.5 million of her own money to get her ass kicked in the republican primary. She only got 24% of the vote. In 2018 she spent $6 Million to come in 3rd place. Unlike Wall, Tony Nehls couldn’t raise much money and hasn’t much left. Hopefully Nehls, another Trump loving republican, will be a loser in November.

Constable Chris Diaz. Diaz’s multiple shenanigans finally caught up with him. He can now focus his time on the lawsuit filed by 12 of his employees. Diaz was a disappointment.

Alexandra SmootsThomas. Alexandra was indicted for stealing campaign money. She shouldn’t have run.

This entry was posted on Wednesday, July 15th, 2020 at 11:40 am and is filed under Uncategorized. You can follow any responses to this entry through the RSS 2.0 feed. You can leave a response, or trackback from your own site.