It's time for Texas to secede 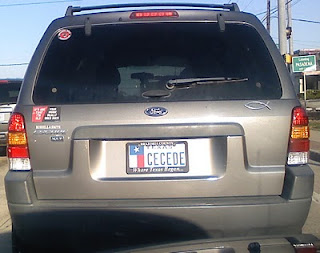 Texas leaving the United States is a win-win. They should do it.

Some idiot out of Fredericksburg Texas has filed a bill to allow Texans to vote on secession. From KHOU:

On Tuesday, Rep. Kyle Biedermann (R-Fredericksburg) said that he is committed to authoring legislation in the 2021 legislative session that will give Texans a vote to allow the state to secede from the U.S.

If this bill could possibly get through a committee, the House, Senate, signed, and put on the ballot it would pass. Remember over 50% of Texans voted for the asshole Trump to continue his attack on the United States. They aren’t the sharpest bowling balls in the tool shed. They just lack the capability to understand that this secession idea was already settled during the Civil War and its impact would be devastating.

If Texas could possibly secede the United States would close all federal offices. That includes all military bases, all federal office buildings, and offices that provide services such as Social Security. NASA would move from Houston to Florida. All military resources including weapons and soldiers would leave. Social Security payments to seniors would stop as well as Medicare and Medicaid. Transportation funds would dry up. Ports would be closed. The loss of jobs would be devastating.

But there is a good side to this. Without a military and the support of the United States Mexico will have an opportunity to reclaim their land.

It’s a win-win for everyone!

This entry was posted on Saturday, December 12th, 2020 at 12:56 pm and is filed under Uncategorized. You can follow any responses to this entry through the RSS 2.0 feed. You can leave a response, or trackback from your own site.