Much like the Democratic Party the Texas Republican Party has an executive committee, the State Republican Executive Committee or SREC. Every senate district has two representatives, one man and one woman. Senate District 11 (our area in Clear Lake) is represented by Tania Robertson and H Scott Apley. Both voted for a resolution supporting the overturning of the election where Trump lost by over 7 million votes. Remember when the State Democratic Executive Committee voted on a resolution condemning the 2016 election where trump won with the aid of Russia? Yeah. Neither do I.

This is going to be a very long 4 years for these guys. They might want to take this opportunity to actually read the Constitution and election laws. 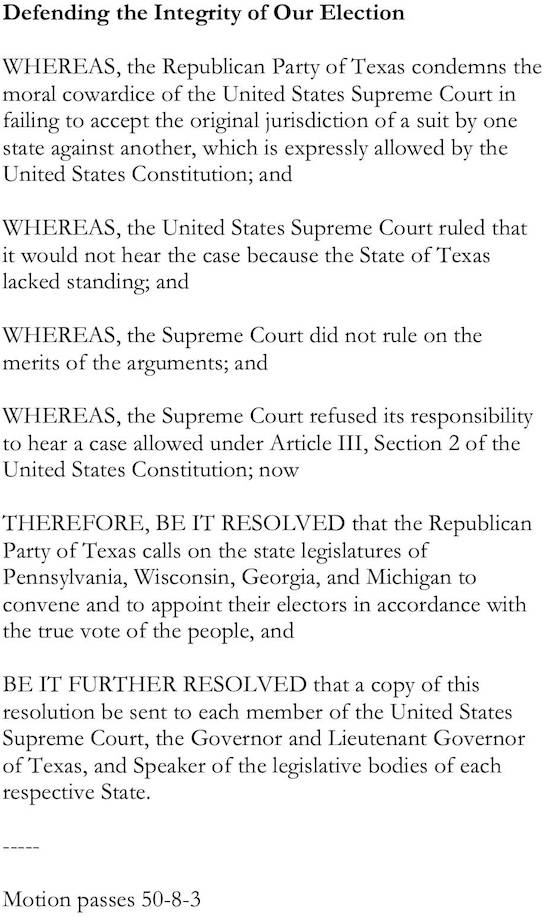 This entry was posted on Monday, December 14th, 2020 at 3:07 pm and is filed under Uncategorized. You can follow any responses to this entry through the RSS 2.0 feed. You can leave a response, or trackback from your own site.