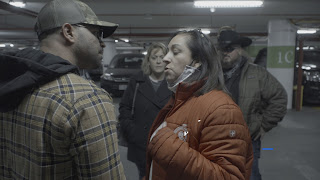 Bianca Gracia was a candidate for Texas Senate District 11 here in the Bay Area. She lost to State Representative “Money” Mayes Middleton in a four way race. She won only 7% of the vote in the Republican primary. Bianca was also the the founder of Latinos for Trump which is like Chickens for Colonel Sanders.

A day prior to the Jan 6 insurrection Gracia was filmed with Enrique Tarrio a leader of the Proud Boys and founder of the Oath Keepers Elmer Stewart Rhodes in a garage. Tarrio and Rhodes have both been charged with seditious conspiracy for their participation in the Jan 6 riot. They face 20 years in jail.

Gracia has not been charged but it has to be troubling that she was meeting with Tarrio and Rhodes. We will see if anything comes of this. The Washington Post has the video at https://www.washingtonpost.com/dc-md-va/2022/05/24/tarrio-rhodes-video/

This entry was posted on Friday, June 10th, 2022 at 1:24 am and is filed under Uncategorized. You can follow any responses to this entry through the RSS 2.0 feed. You can leave a response, or trackback from your own site.